Dr. Gettleman Chehab works with patients in the IBJI OrthoHealth program. She has been focused on healthy weight management at both the individual and community levels for over 20 years.

Sleep is our secret weapon for so many different areas of our lives, says Lynn Gettleman Chehab. A pediatrician with certification in obesity medicine, she is concerned about the Sunshine Protection Act of 2021, which talks about moving our nation to daylight savings time (DST) permanently.

“It’s going to be harder to fall asleep and harder to get up in the morning,” Dr. Gettleman Chehab says.

Read on to find out how permanent DST, if passed by the House and signed into law by President Biden, could affect our sleep cycles, mood, school/work schedules, and metabolic health.

Why Are So Many Sleep Experts Against Permanent DST?

Dr. Gettleman Chehab:  I am in agreement with the AASM’s statement on this. Our bodies perform different functions based on light and dark, so we have an overall rhythm – that’s what we call our circadian rhythm or our circadian clock. We get light through our eyes and that sends a signal to our brain to tell our body to perform different processes. Each of our cells also has a 24-hour clock that can often be dictated by factors like nutrition, and if your individual cell processes are out of sync with these larger processes, then your body gets confused.

When it’s nighttime, our brain is telling our body to rest and digest. If you’re eating during this time, you’re not going to metabolize your food as efficiently because your body is confused. Your brain is saying don’t eat, and you’re feeding yourself, which is why we recommend that people stop eating three hours before they go to sleep.

What Can You Tell Us About Melatonin?

Dr. Gettleman Chehab: It’s a hormone secreted by our pituitary gland that tells our body to go to sleep and stay asleep. As the sun sets, your body produces more melatonin. If our sun is setting at 9 or 10 at night, you’re not going to get into that deep restful sleep until later.

Unfortunately, we don’t live in a world where we can wake up later and go to work or school at 10 am. If we’re not going to fall into a good sleep until later than normal without the option of being able to sleep later, we’re adjusting our circadian rhythm on one end, but not on the other. Our world doesn’t allow us to adjust it in the morning. So everyone is going to be forced to wake up in the dark.

How Would a Permanent DST Affect Teens?

Dr. Gettleman Chehab: Teenagers are biologically programmed to go to bed later and get up later. It’s going to be very hard for older adolescents to get that restful sleep if that adjusted sunlight doesn’t allow them to fall asleep until later.

Ask teenagers how they do in their first period class and many will tell you they have a really hard time focusing. According to the CDC, children and adolescents who do not get enough sleep have an increased risk of diabetes, obesity, poor mental health, and issues with attention and behavior.

How Can We Help Our Teens Get Better Sleep?

Dr. Gettleman Chehab: I would say to parents if you are going to have one battle, it would be to turn off screens at least one hour before bedtime and have a central place where the family puts their devices. What time you place it there depends on your age. It’s good behavior for the whole family because nobody sleeps well when we have our phones near us. As someone who works with teenagers, I tell them that they’re going to see positive changes in their mood, academics, sports performance, and weight. Sleep gives our body a chance to rest, digest, repair, and consolidate our memory.

What Does the Current Sleep Data Reveal?

Dr. Gettleman Chehab: Unfortunately, we don’t have good current sleep data from the Centers for Disease Control. The most recent is from 2015, obviously before the pandemic, and electronic device use among children has likely only increased in the past seven years.

The guidelines for teenagers are that they should get 8-10 hours of sleep per night. According to the CDC 2015 data, 72 percent of high school students do not get enough sleep on school nights. About 60 percent of middle school students do not get enough sleep. It’s fair to say that the majority of middle schoolers and high schoolers do not get the recommended 8-10 hours of sleep each night. A lot of children are really struggling to be back to school and on a regular schedule this year after being remote for over a year. So we’re already having a struggle with kids going to bed on time. Throwing in the extra stimulation of DST doesn’t seem like a good idea.

How Do Phones and DST Combined Affect Our Sleep?

Dr. Gettleman Chehab: So many parents are having a really hard time taking screens out of bedrooms at night. The whole idea of DST is that we’re increasing our light during what we think would be our waking hours: the afternoon and evenings. What we’re doing though is giving ourselves an extra hour of light at a time when we should be unwinding and getting ready to go to sleep. Permanent DST is going to encourage us to stay up later when we already know that we’re not sleeping enough.

How Would Our Mornings Be Affected by a Change to Permanent DST?

Dr. Gettleman Chehab: If it’s dark at the time when people are supposed to be getting up for school and work, your body is telling you it’s time to sleep. We’re going to have this mismatch between our circadian rhythm that is based on light and darkness, and what we’re doing to our bodies during that time. We’re going to be feeding ourselves breakfast when the dark is telling us to rest.

Is There an Increase in Metabolic Disorders When the Sun Rises Later?

Dr. Gettleman Chehab: Whenever there’s a time change, especially when we go to DST, you see an increase in heart attacks, car accidents, depression, and obesity. It also is a lot harder for our bodies to adjust. People report having a harder time adjusting to this time change than when we go back to Central Standard Time (CST). It’s all related to the fact that we’re having decreased nighttime sleep.

What Does a Decrease in Sleep Do to Our Bodies?

Other responses to sleep deprivation can be increased hunger, decreased body temperature, and increased desire for foods that provide quick energy such as sugar and carbohydrates. These types of foods can also contribute to insulin resistance.

What Does Sleep Do for Our Bodies?

Dr. Gettleman Chehab: Sleep has a profound effect on memory and mood, so for the student-athlete, for example, when you’re asleep that’s when your memory is consolidating all the plays and skills that you learned that day. It’s also when your body repairs itself. You’re giving your muscles a chance to rest and be repaired. It’s also a prolonged period of fasting. Ideally, this is the time when your body goes into fat-burning mode. You can see how cutting sleep has a profound effect on all areas of your body: memory, mood, muscle, and metabolism.

What Are Some Sleep Tips That Support Metabolic Health?

Dr. Gettleman Chehab: If we do switch to permanent DST, you’re going to want to make your room like a cool, dark cave. Invest in good blinds or blackout shades. The room temperature ideally should be 67 or 68 degrees or less. Turn off screens at least an hour before bedtime. For teenagers, put screens outside of their rooms. Even if it’s off, they are so programmed to have their brain go on alert when the screen lights up. If it’s near you, it can be disruptive to deep sleep. Ideally don’t eat at least three hours before bedtime.

What Makes CST a Better Permanent Option for Our Nation?

Dr. Gettleman Chehab: If we stay on standard time, it aligns more with our work clocks.

The thing to remember is that it’s not like our work clock can adjust during different times of the year. In an ideal world, we’d adjust our work clock to the sunlight. We’d work later in the summer months but be allowed to sleep a little later.

Standard time matches our school and work schedules more with light and dark. It allows people to go to bed at a better hour and more likely have light to guide them with waking up. 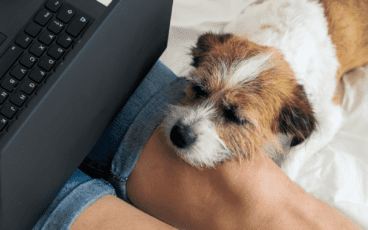