Recently there was a Time Cover story entitled “The Weight Loss Trap”.  ( http://time.com/4793832/the-weight-loss-trap/ ). It was a excellent discussion about the difficulties that most face in weight loss and how some of the things we believe and have been told get in the way.

Overall it recounts the depression sate of American Health.  155 million citizens are overweight, diabetes is on the rise and any people are searching for answers.  In 1990, Adults with Obesity made up 15% of the population.  Now 20 years later that number is 25% in many states and up to 40% overall Time notes.  How did we get to this place.

This was about the time the low fat food craze took off in foods and people started to focus on fat.  If I eat less fat I will be less fat.   Why?   Because fat does not make you fat. The fat I thesis foods have been replaced with sugar to improve the taste with terrible side effects.   This may sound like a stretch but much of the consensus is that fat is not the biggest factor, and sugar is the biggest culprit.   All calories for all sources are not all created equal.  So what to do.

That is what Kevin Hall, a researcher at the National institute for Health or NIH was wondering after he saw “The Biggest Loser” on TV and was intrigues.   He did a study to follow up on the contestants to see how they did after the cameras were turned off.  What could he learn from those contestants to help the millions that are struggling with their weight. It turns out, he did not find answers, what he found was a cautionary tale.

As anyone who has participated in our Orthohealth webinar knows the answer to what he found. (and if you have not signed up already do it now.  Really. It’s OK we will wait….its just on the Right side of our information page)   The contestants on average gained 66% of the weight that they had lost and 4 were heavier than they were before.   Why was this?  Because as the contestants lost weight their metabolism slowed to a significant degree, probably as an evolutionary hold over form when food was scarce.  So the more they lost the slower the metabolism and easier it would be later to gain the weight back.   (Not Fair is it,  but as a professor once told me “In nature, there is never a free lunch.”  There are always tradeoffs in any complex system.)

But answers are emerging as to some of the ways that we do know to improve heath and not just focus on weight. Here are just a sampling of some of the findings in a large study of people that lost weight and kept it off:

There are many factors that people tend to share but these generally make sense. Not everyone responds the same to every diet.   One study listed even said that those that ate the exact same meal had different blood sugar levels after the meal.  To some extent this makes sense.   Not everyone responds the same to things in their environment, (i.e. allergies) medication, so why should food be any different.  Humans are complex machines and there are many variations in our systems.

The article is worth your time.  My final takeaway is:  changing things like diet and exercise are hard.  Anyone that tells you its not you should probably ignore.  Not everyone will get to the same place, in the exact same way, or at the same time, but with persistence we can all make changes that improve our health.  And our health is more than just the number on a scale.   If we remember that, and we are kind to ourselves, then we can start to move ourselves in the right direction. 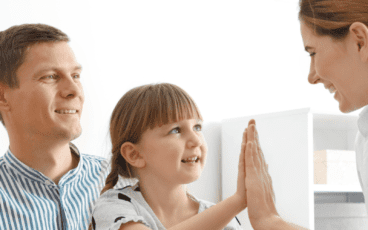 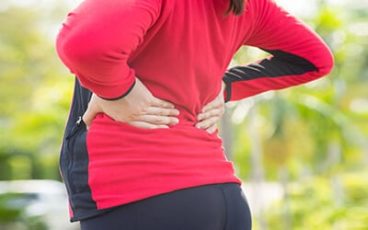 Tips for Losing Weight Before Hip Replacement
Read the Post