We often see many devastating injuries in professional athletes – especially football players; but Zach Miller’s knee dislocation is one of the worst injuries an Athlete can face.

Injury often involves an intimal flap tear where part of the inner portion of the artery separates from the outer aspect of the vessel.  This usually can only be recognized by a change in pulses in the leg or special vascular imaging studies that use dye to map out the arteries of the leg. This creates an emergent surgical issue – where time is of an essence to revascularize the leg by a vascular surgeon – placing a stent within the vessel or bypassing the damaged vessel by using a vein graft from the leg.

After repair of the artery, it causes a rush of blood to below the leg – often causing severe swelling to the muscles. Muscles within the leg are separated in compartments that limits the amount of swelling that can occur. There is often so much swelling that occurs –  blood flow to the muscles is at risk of being compromised.  Therefore, prophylactic incisions along the length of the leg are made to release the muscular covering – called fasciotomies.  Swelling is still so significant, these incisions are often difficult to re-close and require plastic surgical closure with skin grafting.

Additionally, the initial role of the Orthopedic Surgeon is to place an external fixator, or erector-set type device with pins in the bones above and below the knee to initially stabilize the knee and allow the vascular bypass to begin to heal.

Eventually, Zach will need several more staged surgeries to prevent infection and skin grafting at the fasciotomy sites, removal of the external fixator, and eventual multi-ligamentous knee reconstruction using cadaver ligaments to anatomically reconstruct the torn knee ligaments.  Following knee ligament reconstruction, a long road of therapy begins that can last up to a year.

Unfortunately, there has never been a professional football player return to playing following a knee dislocation like Millers. 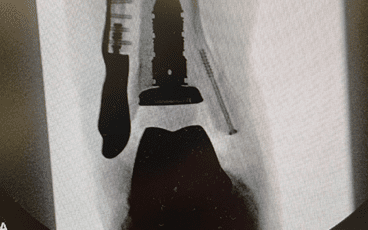 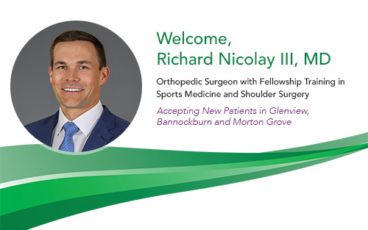