Femoralacetabular Impingement (FAI), commonly called Hip Impingement Syndrome, is a fairly common condition that can produce pain, limited motion and eventual arthritis of the hip. It occurs in both males and females who are in their teens and over fifty years of age.  It most frequently occurs in people who are fairy athletic and active. Runners, golfers, hockey players, football players, basketball players, gymnasts and many other types of athletes commonly experience the symptoms Hip Impingement Syndrome.

Symptoms can develop slow and insidiously, or quick and acute, due to over-rotation or overuse of the hip. These symptoms can include groin pain, buttock or leg pain commonly occurring during hip flexion and rotation. Occasionally, a sense of instability, popping and snapping can be felt by Femoralacetabular Impingement patients. Hip pain is often experienced while getting in and out of a car, getting up from a chair, walking, running, and ice or inline skating.  Going up and down the stairs is frequently described as an aggravating activity.

FAI involves anatomical abnormalities of the acetabulum (the socket of the hip), the femoral head (the ball of the hip) or both. These abnormalities eventually can cause the impingement, or pinching, of the acetabular labrum, which is the soft-tissue of the hip. The labrum pulls the ball into the socket, expanding the volume and surface area of the hip. This expansion reduces the stress experienced within the hip, diminishing the risk of developing osteoarthritis of the hip. When anatomical abnormalities damage the labrum, its normal functioning is disrupted. This disruption can cause tearing of the labrum and eventual damage to the joint’s cartilage, which is the beginning of the arthritis process.

Over the last 15 to 20 years, the condition of Femoralacetabular Impingement has become recognized based on the development of the concepts of Professor Reinhold Ganz, M.D. in Switzerland. Initial treatment methods involved a large surgical procedure called “Surgical Dislocation” of the hip.  Once dislocation occurred the acetabular is covered over and the labrum is repaired. In addition, removing a bump on the femoral head can be performed.

More recently, orthopedic arthroscopic surgeons have developed minimally invasive techniques designed to achieve the same surgical joint corrections as the very invasive original procedure. Many patients are able to return to full activities including competitive sports and perhaps more importantly, reduce their risk of developing arthritis in their hips.

How To Get Rid Of The Pain Caused By FAI

At Illinois Bone and Joint Institute, we are fortunate to have several experts in the diagnosis and treatment of this condition. Our orthopedic physicians have vast experience in correcting the damage caused by Hip Impingement Syndrome which typically reduces the pain and chance of developing osteoarthritis. If you are experiencing chronic or acute pain in your hip, make an appointment today with one of IBJI’s orthopedic physicians. The Illinois Bone and Joint Institute, and its entire medical team, are you best choice for orthopedic care in the Midwest. 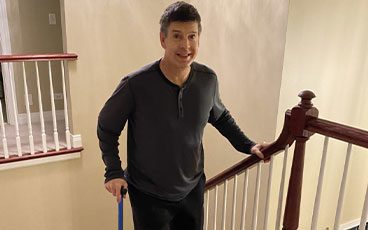 What Are the Best Things to Do to Relieve Lower Back Pain?
Read the Post 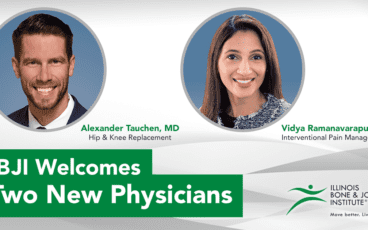