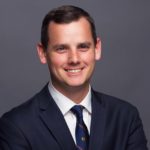 Ed was in great pain but got his life back quickly, thanks to outpatient hip surgery at IBJI. Having a desk job as a financial advisor for many years took its toll on Ed’s hip and he started feeling hip pain. His leg would give out, and this led him to seek orthopedic care from Sean Sutphen, DO an IBJI board-certified orthopedic surgeon with fellowship training in adult hip and knee reconstruction and total joint replacement.

Read on to learn how Ed’s decision to proceed with an outpatient hip surgery resulted in a great patient outcome, including hiking and golfing without pain.

Originally, Ed thought his back was the problem. He could only walk a mile instead of his normal four or five. It felt to him like sciatica pain.

“After finally getting someone to look at my back, they said, ‘no, your back is okay,’” he recalls.

Ed knew about IBJI because he lives in the Glenview area.

“IBJI has always been known for top-notch care and you can see they have gone community-wide,” he says. “I had been to OrthoAccess in the past and now everyone in our neighborhood knows about OrthoAccess.”

He was referred to Dr. Sutphen who diagnosed him with hip arthritis. Dr. Sutphen said Ed could wait, and that worked for a time since he wanted to play golf and travel.

“It was something that I didn’t rush into, but the pain persisted,” Ed says. Dr. Sutphen offered a cortisone shot to ease the pain temporarily.

“I got the cortisone shot, felt good for a week, played a whole bunch of golf, and realized that I was still in pain,” Ed said.

Ed opted for an outpatient, minimally invasive hip replacement which was performed at the Ravine Way Surgery Center in Glenview in November of 2021.

“The technique of total hip and knee replacement surgery has improved greatly over the past few years with new techniques that allow surgeons to make smaller, less invasive incisions which results in much faster recovery due to minimal blood loss,” Dr. Sutphen explains. “Also, techniques in anesthesia have improved greatly with new nerve blockades that help better manage the patient’s pain as well as decrease their nausea in the post-op phase.”

The ultimate advantage to having outpatient hip surgery is that patients can recover in their own home settings.

“Patients can avoid a stay in the hospital, which often allows them to recover faster,” Dr. Sutphen says. “Also, outpatient surgeries are more efficient. Immediately following your hip or knee replacement surgery, patients meet with physical therapists to discuss recovery plans and get them back to moving faster.”

The Day of Outpatient Hip Surgery

Ed says he chose an outpatient surgery center over a traditional hospital setting because of the lower cost and better outpatient hip surgery outcomes. It was a matter of ease and convenience.

“You get dropped off an hour and a half before your surgery time and then a really quick preparation happens,” Ed said. “When I woke up, I actually thought something went wrong because I felt perfectly normal and I didn’t even think that I had the operation. But they said everything went perfectly and asked if I wanted some apple juice and pretzels.”

No sooner than he finished his snack, he was up out of bed.

Ed was also prepared at home with an important piece of durable medical equipment: a portable toilet seat that helped him a lot. Later that day following his outpatient hip surgery, a physical therapist visited his home to teach him how to walk safely.  “I felt perfectly fine going up and down the stairs by dinnertime,” Ed recalls. “We have a basement, first floor, and second floor with bedrooms, and I had no problem navigating the stairs.”

His personal physical therapist came daily after that, and a nurse also came to check on his bandages. Ed compared his outpatient hip surgery with other traditional surgeries he has had in hospital settings.

“It was very easy for me to function on my own and I felt so much freer at home,” he said. “There was minimal pain.”

He appreciated knowing who was caring for him every step of the way.

“When you’re in a hospital and there’s a shift change, you have a new person,” Ed says. “This was controlled, convenient, and I had peace of mind. These are the perks to outpatient hip surgery.”

While Ed was recovering from outpatient hip surgery, he received phone calls from Dr. Sutphen.

“He called the first night to see how I was doing, and I told him I was doing great, feeling great and walking,” Ed says. “He called the second day, and this is key: I said, ‘I’m doing great. I am able to walk without the walker. I only need the cane.’ He said, ‘I’m so glad you’re doing well but I need you to use the walker. He explained that if you walk with a cane, you’re going to be favoring one side and not walking properly. He said, ‘this is a process, not a race to see how quickly you can go back to normal. I want you to focus on your balance and your gait and longer strides.’ That was beneficial to have a doctor that called you and explained. He knew how to make sure I wasn’t overdoing it.”

At his follow-up visit, Ed said Dr. Sutphen told him everything looked great. It was then that Ed let him know of his plans for scheduling a golf trip in three months.

Ed started his physical therapy at an IBJI Rehab facility where they followed Dr. Sutphen’s methodologies. He was able to schedule his appointments at different days and times that were most convenient for him. The therapist always reported back to Dr. Sutphen on his progress.

“The teamwork and good communication were just as important as the actual outpatient hip surgery,” Ed says. “That’s why IBJI is so good is because they have a team approach. I really felt good about this whole concept. It’s a lot better for the patient.”

Back to His Activities Without Pain

Ed’s goal of scheduling his annual golf trip with his buddies became a reality.

“With my hip, I felt like I was ready to go in a two- to three-week time frame,” Ed says. “I was able to walk around the block. After three months of rehab, I got to play golf seven days in a row with my friends. I thought I would never get to do that again.”

His summer of 2022 was completely pain-free, which was much better than his previous summer.

“In the summer of 2021, I was not even able to bend my legs enough to get on a surfboard,” he said. “With the outpatient hip surgery, you get your life back a lot quicker. I got back my mobility. Being pain-free is a wonderful feeling. I’m back to playing pickleball, long hikes, and golfing.”

Vacations are better, Ed’s sleep is better, and, in fact, the entire family has benefited from his hip surgery. His wife, Amy Jo Ptaszek, MD, an IBJI orthopedic surgeon with fellowship training in foot and ankle, said, “the surgery has enhanced our family life as Ed can do everything again and we don’t need to accommodate his pain and limitations.”

“Before the surgery, I could only walk a mile without pain,” Ed said. “When we’re on vacation, we can walk four to five miles up hard terrain.”

Are You Thinking About Outpatient Hip Surgery?

Find out more about outpatient joint replacement surgery at IBJI and schedule an appointment with a specialist to discuss your options.